If I go back to my first driving car, not my own car, I mean our family’s car; it was a 1995 Mercedes C280. At that time I had the pleasure to steal it from my parents because believe me, it was fast! One day while driving I saw a similar car to mine but with different body kit (low front and low rear bumpers) and I noticed the C36 badge on its rear. Let me briefly take you back in history. The first C-Class to carry an AMG performance package was the six-cylinder C36 back in 1993. Then it was followed by the C43, the company’s first V8 effort in 2000, and in 2005 the C55 V8.

The one that I drove during my recent stay in the UAE was the C-Class carrying the 6.3 badge. What an improvement from Daimler! First was the sedan then the coupe version.

It all started when I was handed a special red version C63 AMG Coupe from Daimler’s offices in Jebel Ali. I drove it directly to Abu Dhabi to the Yas Marina Circuit. On my way to Abu Dhabi, I tried all the assists you could dream of, which are available on this sinister bull.

The vehicle comes with the Driving Assistance package plus. I tried the cruise control on 140 kph (which is legally allowed on Abu Dhabi’s highway) and I have configured the distance between me and the car in front of me. What a feeling you get! The car braked and decelerated on its own when the distance between me and the car in front of me got shorter. When I changed lanes and there were not any cars in front of me it accelerated to reach the peak 140 kph. I also used the lane assist which means that when you move from one lane to another without using your left or right indicator, you get a signal through your steering wheel indicating you have crossed on something.
What about driving at high speed? Nothing to compare it with. This is car is unbelievable. The standard one comes with 6.2 L and 451 hp, plus reprogramming of the engine-management system net 487 hp (the one I drove).

The sound of the exhaust grabbed me. The engine erupts with a sharp bark, the sound of something being angrily, instantaneously ripped apart. From 0-100 kph in only 4.3 for the AMG Driver’s Package, which also includes composite aluminum/cast iron rotors and red-painted Brembo calipers. In my opinion, the S+ mode skillfully finds the right gear and is aggressive on the double-clutch downshifts. Top speed is a governed at 250 kph.

The visual nods to its added performance latent include a deeper front bumper, LED daytime running lights, an extra heavily contoured aluminum hood, signature five-spoke AMG alloy wheels, bespoke door sills and a modified rear bumper complete with a blacked-out diffuser element and twin chrome tailpipes exhaust. It's an aggressive and sinister looking vehicle. But perhaps more than the changes to its styling is the work that has gone into modifying its chassis that really sets the C63 AMG coupe apart.

The C63 interior features an AMG sports steering wheel that has been compressed on the top and bottom to give more driving space and better sightlines to the instruments especially during track driving, special grip areas and paddles clutches. The AMG instrument panel is painted in black and the dashboard and doors feature carbon-fiber. The AMG-badged sports seats are covered in a new material called Dinamica, a man-made fabric that breathes, with MB-Tex side bolsters and horizontal stitching for coolness.

Over the past years, many auto manufacturers have tried to defeat the powerful BMW M3 coupe with their own coupes but most haven't come close. Mercedes-Benz always had a good reason to release one since it didn't have a coupe of similar size, even while AMG walked up and built an appropriate challenger. But as we know nowadays, the M3 is still the ruler - but we'll see for how long! 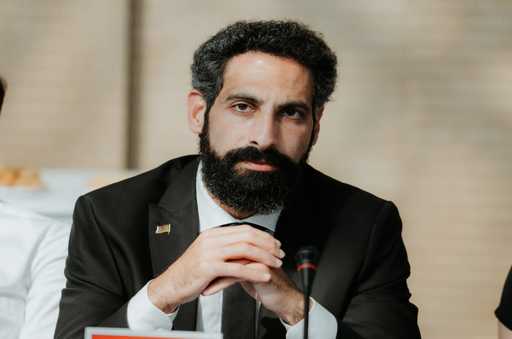