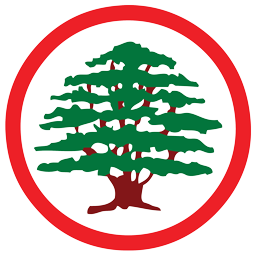 Human immunodeficiency virus infection and acquired immune deficiency syndrome (HIV/AIDS) is a spectrum of conditions caused by infection with the human immunodeficiency virus (HIV). Following initial infection, a person may experience a brief period of influenza-like illness. This is typically followed by a prolonged period without symptoms. As the infection progresses, it interferes more and more with the immune system, making the person much more susceptible to common infections like tuberculosis, as well as opportunistic infections and tumors that do not usually affect, or other AIDS-defining conditions. People who have working immune systems. The late symptoms of the infection are referred to as AIDS. This stage is often complicated by an infection of the lung known aspneumocystis pneumonia, severe weight loss, a type of cancer known as Kaposi's sarcoma.

HIV is transmitted primarily via unprotected sexual intercourse (including anal and oral sex), contaminated blood transfusions, hypodermic needles, and from mother to child during pregnancy, delivery, or breastfeeding. Some bodily fluids, such as saliva and tears, do not transmit HIV. Common methods of HIV/AIDS prevention include encouraging safe sex, needle-exchange programs, and treating those who are infected. There is no cure or vaccine; however, antiretroviral treatment can slow the course of the disease and may lead to a near-normal life expectancy. While antiretroviral treatment reduces the risk of death and complications from the disease, these medications are expensive and have side effects. Without treatment, the average survival time after infection with HIV is estimated to be 9 to 11 years, depending on the HIV subtype.

Since its discovery, AIDS has caused an estimated 36 million deaths worldwide (as of 2012). In 2013 it resulted in about 1.34 million deaths. As of 2012, approximately 35.3 million people are living with HIV globally. HIV/AIDS is considered a pandemic—a disease outbreak which is present over a large area and is actively spreading. Genetic research indicates that HIV originated in west-central Africa during the late nineteenth or early twentieth century. AIDS was first recognized by the United States Centers for Disease Control and Prevention (CDC) in 1981 and its cause—HIV infection—was identified in the early part of the decade.

HIV/AIDS has had a great impact on society, both as an illness and as a source of discrimination. The disease also has significant economic. There are many misconceptions about HIV/AIDS such as the belief that it can be transmitted by casual non-sexual contact. The disease has become subject to many controversies involving religion. It has attracted international medical and political attention as well as large-scale funding since it was identified in the 1980s.
صحة MAY 27, 2015
إستطلاع
مجلة آفاق الشباب
عدد استثنائي