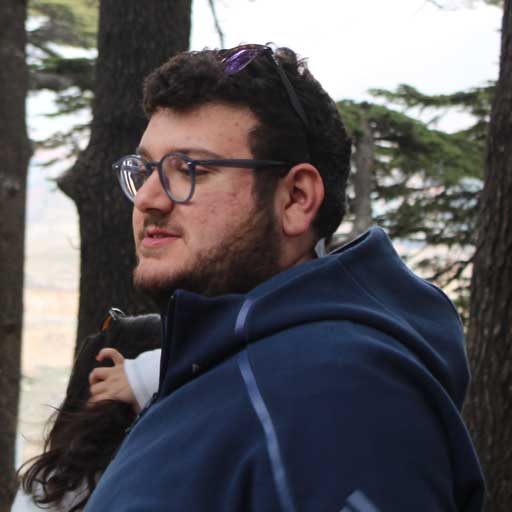 August 2015 was a big month in Lebanese politics. An imminent trash crisis coupled with sub-para governmental management allowed the birth of a relatively big civil movement.  August 29th 2015 was what some would call a beautiful day: tens of thousands of people marched towards the Grand Serail, demanding viable and sustainable solutions regarding the trash crisis. It was beautiful. It was so beautiful, and in a way so impactful, that the government’s response was horrible. Protesters were hit with tear gas, rubber bullets, and to top it all off, alleged hooligans were sent by some political figures to give a pretext for the horrid governmental response. A lot of people believed that this was the start of something big. That this civil movement would have a huge impact on upcoming governmental decisions (some people went as far as comparing it to March 14th 2005, the protest that lead to the withdrawal of the Syrian army from all Lebanese territories). Unfortunately, what was supposed to be the start of something big, did not achieve what was expected from it. There are several reasons that justify the failure of our civil movement, I would however like to shed the light on what in my opinion composes the core reasons that lead to its ineffectiveness.

“We want them all out”. This is perhaps the only thing that protesters (or at least the ones that are vocal) seem to agree upon. Some want a new constitution, some want a new government, some want a whole new political system, and some want a beach in the mountains. Going back to the core of the problem, however, we find that the people want to end corruption, stabilize and develop the economy, improve security, and generally make the country better. By wanting that, they have automatically entered politics. And by entering politics, you are bound by the general rules of the game: if you oppose everybody, then everybody will oppose you and you won’t be able to achieve anything. Furthermore, if you’re hostile towards those you oppose, you’re not doing anything except giving them a pretext to abuse their power to tame you, and eventually pull you out of the game. I don’t know whether the people leading the civil movement realize that and are trying to prove a point, or if they’re simply oblivious to the fact that with their current strategy, they won’t be able to achieve anything except radicalize people even further, be it those who support them still, or those who support other parties. Generalizing that all parties and all politicians are corrupt is not only factually wrong, it makes the situation worse. There are people in the current government who not only are not implicated in any corruption scandals, but whose work is so impeccable that they are being applauded by even their staunchest adversaries. I’m talking about people who have taken radical measures to end corruption and embezzlement in their ministries, their local councils and municipalities starting with what is hidden behind closed doors. Yet, those who have claimed to speak in the name of the civil movement still insist on not working with the very few in the government who actually do a great job. Those people refuse to acknowledge that some politicians actually do great work. The amendment to article 522 (the one that legitimizes the marriage between a rapist and their victim) was drafted and submitted by MP Elie Keyrouz, who has been working on the issue for years in order to put end to a barbaric law. Deputy Prime Minister Ghassan Hasbani revolutionized the process in all governmental health services centers, making is faster, more transparent, and less prone to corruption. Minister Melhem Riachy terminated expired contracts that were costing his ministry unbearable amounts of money, which significantly cut down the embezzlement from the ministry of information. I have not seen any facebook page or spokesperson promoting such work on the behalf of the civil movement, only because they are poisoned by the idea that “all politicians are the same, all politicians are corrupt”. The politicians I just listed (and those who resemble them) have surpassed the stage where we should “give them a chance”. They and their respective parties have put their work where their mouth is. We are seeing results because of them. And most importantly, they don’t advertise their work in search for votes, and they don’t make empty promises.

The controversy of the civil movement was there from the beginning. A group of people called for a protest, but usually, a good and effective protest must be accompanied by a list of rational demands. One can’t just barge into an office and demand change. One can however, lay a solid plan as to what and how he wants to change whatever he deems wrong. People marched in the streets frustrated with the trash crisis, correct. What the organizers (if I can call them that) of the protests didn’t know is that they would eventually become an exact replica of the people they are protesting against. With no organization and no clear demands, the failure of the civil movement was imminent. Almost two years have passed since the day people took to the streets, and nothing has changed. It is not until the same people that took to the streets accept and acknowledge the work that some officials have been excelling at, that anything's going to change. Naggers will keep nagging, and work will keep going unnoticed. Will the civil movement ever put an end to its controversy and acknowledge that generalizing that all politicians are bad is wrong?