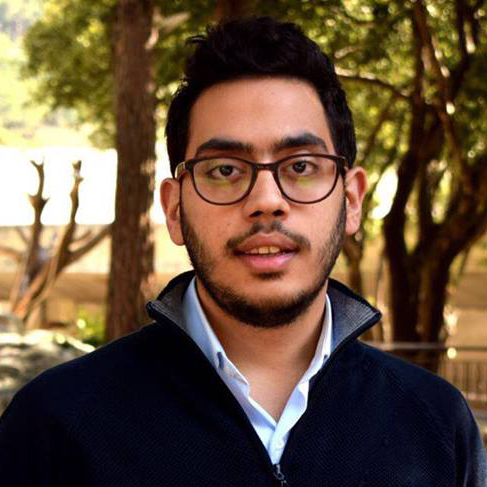 A few weeks ago the Minister of Telecommunication, Jamal El Jarah, discussed the situation of Internet speed in our country. He tested the infrastructure and proved to the Lebanese people that they can get more than a 1 Megabit-Per-Second (mbps) download rate (otherwise known as ser3et l Internet). Due to the outdated technology and infrastructure that we have, high speed and bandwidth cannot be achieved without, in his opinion, the use of Fiber Optics along with a refactoring of our current infrastructure.

Many of you think that simply, a new Fiber Optic Network will solve our Internet issue. Well, this is partially true. Actually, it’s a little more complicated than that. Let me try and elaborate.

In this article, we’ll try to explain why we need an end to end Fiber Optic Network. We will do that objectively and without blaming our current or any previous ministers.

I’ll spare the technical details and will give a brief overview of what is going on using one example:

Let’s say you’re going on a trip from Beirut to Tripoli. What you’d usually do is get up earlier than usual to beat traffic. Going to Tripoli at 6 AM is much easier than going there at 10 AM, right? The same logic applies to the Internet. You’ll leave your laptop all night downloading or uploading a file when you’re sleeping. Why? Because at night, around 1h00 am, your neighborhood (more technically your network) is probably sleeping, meaning there’s “less traffic” and in turn allowing you to “go faster”.

Now what happens if you accidentally overslept and you end up leaving your house during rush hour? The road will take much longer. You’ll try to check if the sea side is more convenient or some other routes to bypass the traffic. You’ll start discussing how to prevent traffics and you’ll probably get into the same old conclusion, that is public transportation. But most of us won’t try it in Lebanon, because you actually feel more comfortable in your own car.

The same concept works for your network. Well, let’s say that it’s 1 PM and you’re going to your lunch break. You started to check Facebook, Twitter, Instagram… You saw a link for a YouTube video that’s going viral. You decided to watch it. Oh, but wait a second, it’s rush hour! Everybody is connected, meaning “the road is not empty enough for you to go fast”, so there is a big congestion and your video will take much longer to load. What to do? It’s basically the same solution as the one you thought of when you were stuck in traffic: Let’s go for cache servers.

Cache servers will save viral videos, sites and files, pseudo-locally, to limit network traffic. So instead of requesting your video from YouTube servers, you’ll probably request it from Google Cache. Now we can divide the people connected into groups. Let’s now see what’s actually going on: you will, indirectly, be checking if the video has been cached in your network’s cache servers. If so, you’ll take the route leading there instead of the one leading straight to the YouTube server, thus limiting traffic. But wait, now your privacy is compromised, so you must decide between sharing some of your information with your provider (going on a bus) or contributing to traffic and being at risk of getting into it (going in your own car). 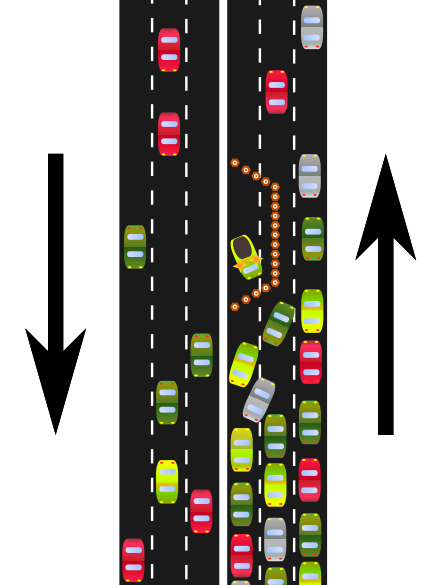 The trip from Beirut to Tripoli is not only about getting up earlier and deciding the transportation mode. Now let’s check the road itself. What we all agree on, is that you cannot create an infinite road that can handle an infinite number of car lanes without any traffic or congestions. But what we can do, is create roads that can handle the same number of car lane from its beginning till its end. 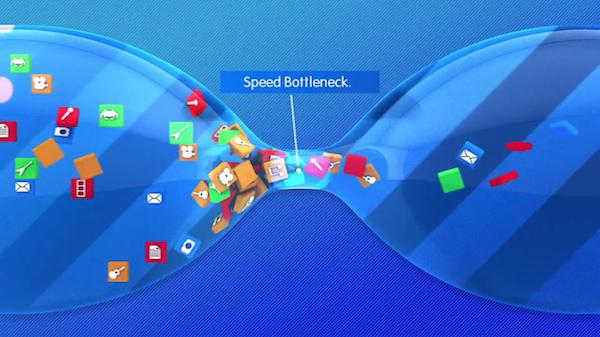 This is what is missing in Lebanon: the highway from Beirut to Tripoli doesn’t have the same number of lane. This creates a bottleneck in Jounieh, Kaslik, near “Yasou3 El Malak”, Casino Du Liban and elsewhere. These congestions are due to several reasons: some areas are home to more people, increasing the number of cars using the highway. But this is not a road organizing article so let’s wrap things up.

This goes hand-in-hand with our infrastructure. Having the telephone centrals interconnected with Fiber Optics is great, which basically means the same route length is now hosting more car lanes. Now our minister is trying to connect all the centrals to the neighborhood boxes by Fiber Optics instead of copper wires, which is also great. But these are not enough, and the speed won’t be as magical as what the people think. Why? Because even though these fiber optics might host 25 lanes (2.5 gbps of Internet speed), the wires connecting to your home or neighborhood are still old copper that can only withstand top speeds of around 4 mbps which decrease as the length of the copper wire increases(2 – 3 lanes), causing the bottleneck we talked about. 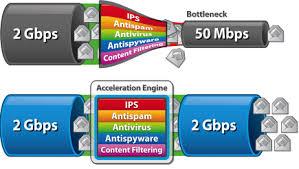 To avoid bottlenecks, we should definitely have an end-to-end Fiber Optic network, connecting these 25-lane roads all the way to your house. But also, we should have cache servers, good infrastructure design and a plan to re-design and organize the work of all the current ISP.